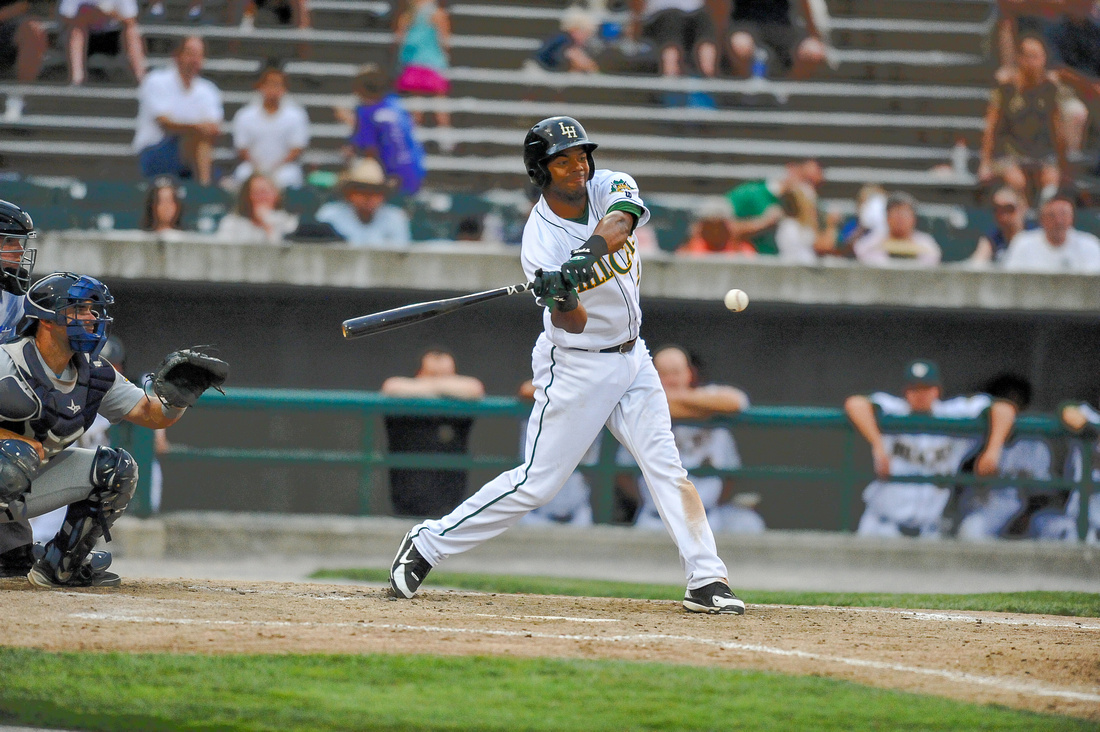 Baseball Season means that summer has arrived. In contrast to yesterday's concert photograph, today I thought I would change up things a little by posting a sports photograph.

What I notice first when I look at the work is how the batter's eyes are fixed upon the ball and that he has already started to swing. Shooting at a wide aperture (f/2.8 in this case) the background is rendered to a soft focus (called "bokeh") and it does not compete for your attention. I want your attention on the batter and nowhere else.

Now I am going to throw a curve ball at you as to whether he hit the ball or not. Have you ever read the short story "The Lady Or The Tiger" by Frank R. Stockton?  I am not going to reveal the ending of the story, but it's ending could be applied here. Did he hit the ball or get a strike?

One other bit of trivia. The word "bokeh" is of Japanese origin and is pronounced similarly to the word "bouquet". It is used to describe the areas that are out of focus because they are beyond the depth of field of the camera's lens.

Hope you enjoy and please pardon my corny attempts at humor.